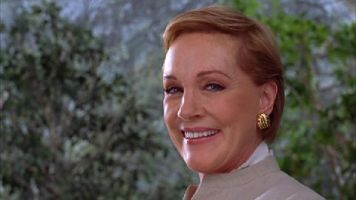 Julie Andrews famously played the flying nanny Mary Poppins in Disney’s 1964 classic (which turns 55 this month). It’s a performance that earned Andrews her first (and only) Academy Award. Of course, Disney made a long-awaited sequel last year with a “practically perfect” Emily Blunt. Andrews herself didn’t want to make an appearance in “Mary Poppins Returns” because she wanted all the focus to be on Blunt.

I respected her decision. And considering the rumors that Andrews would’ve played Angela Lansbury’s role of the Balloon Lady, I’m glad it didn’t happen. Lansbury was a perfect choice – and her scene comes right after Dick Van Dyke’s as Mr. Dawes, Jr. Having Van Dyke and Andrews in back-to-back scenes might’ve looked like overkill (and, to be honest, they would’ve worked better in a scene together). 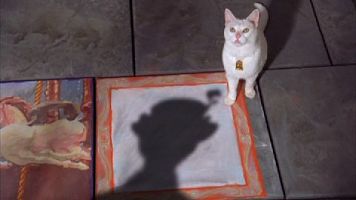 Andrews dressed in normal attire as she jumped with two kids into a painting and an all-new, hand-drawn animated story. They then jumped back out and onto the streets of London. At the end, after Andrews says farewell to the children, she looks down. And beside the painting is the white cat, who (it turns out) made the trip into the real world with them. And next to the cat is a shadow of Mary Poppins’ head, with the recognizable hat. Andrews nods to the cat and then looks up and directly into the camera, winking and smiling – before exiting the screen.

15 years after its debut on that DVD, “The Cat” serves as a reminder that those who have a great influence on us may not be with us forever. But they are likely to return in new forms and make things feel just as special as before.