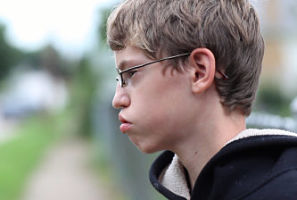 In the midst of the Harvey Weinstein scandal, The Weinstein Company has decided to push the drama “The Current War”, starring Benedict Cumberbatch and Michael Shannon to 2018. It was originally scheduled for a prime awards season limited start on Nov. 24.

This is far from the first time TWC has made a significant release date adjustment, nor is it the first time the studio has made headlines for decisions regarding their movies.

Release Date Shifts
“Hoodwinked Too! Hood vs. Evil” was the sequel to the 2006 animated comedy “Hoodwinked!” – the first film I ever reviewed. “H2” was originally supposed to be released on January 15, 2010, but TWC pushed it to TBD. Still, this didn’t stop Burger King from giving out toys of characters from the movie for the next month. “H2” eventually opened on April 29, 2011 and only grossed $10 million in the U.S.

Last year, TWC opened Michael Keaton’s “The Founder” and Matthew McConaughey’s “Gold” in 1 or 2 theaters for awards qualification. The studio then released them wide at the end of January. Both films combined: just $20 million in the U.S. And as for awards, “Gold” got a Golden Globe nomination for Best Original Song. “The Founder”: nothing.

The story behind the music comedy “One Chance” starring James Corden is so in-depth, I’m directly quoting from my review of the film:

It premiered at the Toronto Film Festival in September 2013 and was released in England the following month. The US limited release was originally set for last Christmas Day. But The Weinstein Company, notorious for shifting release dates, had other ideas.

The studio decided to move “One Chance” to February 7th, 2014. This, obviously, would take the film out of the ’13 Awards Season race. However, Awards Season voters, including yours truly, received a screener of the movie before this change was made. And so the Taylor Swift song, “Sweeter Than Fiction”, featured in the closing credits of the film, was nominated for the Best Original Song Golden Globe, going-up against “Frozen”‘s “Let it Go” and losing to U2’s “Ordinary Love” from “Mandela: Long Walk to Freedom” (another Weinstein release).

I watched my screener of “One Chance”, back on January 2nd, 2014. But then things got even crazier when the release date was moved to March 14th and then to the cinematic death date of August 29th. I’m sure Simon Cowell (a producer on the movie) and director David Frankel (“The Devil Wears Prada”, “Marley & Me”) were not very pleased. Than finally, TWC announced that they would put “One Chance” out in time for a second Awards Season go-around (if that’s even possible) on October 10th and “premiere” the film ten days earlier online on Yahoo! Screen.

In 2013, Weinstein got into a legal firestorm with Warner Bros. over the title of the all-star drama “The Butler”. WB released a 1916 short film called “The Butler” – and the studio forced Harvey to change the title of his new drama to “Lee Daniels’ The Butler”. Still, the film made more than $116 million and earned 3 SAG Awards nominations, 3 Critics Choice noms and 2 BAFTA noms, including Best Supporting Actress for Oprah Winfrey.

“Begin Again” debuted at the Toronto International Film Festival in September 2013 under the title “Can a Song Save Your Life?” The title was changed prior to the film’s theatrical release in June 2014. “Begin Again” earned an Original Song Oscar nomination.

MPAA Ratings Battles
Best Picture Oscar winner “The King’s Speech” is one of the studio’s highest-grossing films to date. However, it was rated R by the MPAA for one scene of excessive language (simply used as a vocal exercise for Colin Firth’s King George character). Harvey protested this, but the MPAA wouldn’t comply. The studio released a PG-13 rated version that barely made any money.

A year later, Weinstein faced another MPAA problem: the documentary “Bully” was rated R for some language, which meant that the intended audience couldn’t see the film without parental guidance (or in school groups). After a battle with the MPAA, TWC decided to release “Bully” Unrated. The film was slightly edited a few months later and given a PG-13 rating, but it was a little too late to re-attract buzz and attention.