Adam McKay went from making goofy comedies to winning an Oscar for co-writing 2015’s financial crisis dramedy “The Big Short”. McKay collaborated on that script with Charles Randolph. But he went solo on the screenplay for his latest film,”Vice”, while also directing. And it shows.

In short, “Vice” is much more of an ‘Adam McKay movie’ than “The Big Short”. And that’s not necessarily a good thing. In “The Big Short” McKay mixed-in lighter elements and unconventional tactics (such as having celebrities explain financial terms directly to the audience) with a serious treatment of the effects of The Great Recession. But he did so sparingly.

But that Oscar win clearly empowered McKay. He doesn’t hold back on the tricks this time, jamming every way too cute and way too clever technique into this biopic on former Vice President Dick Cheney. 19th century British politician Lord Acton is credited with saying, “Absolute power corrupts absolutely.” He must have seen an early draft of “Vice.”

McKay sets the tone with the opening title screen. The text states that “Vice” is a true story, or as close to the truth as he could get to, claiming “We did our f*cking best”. 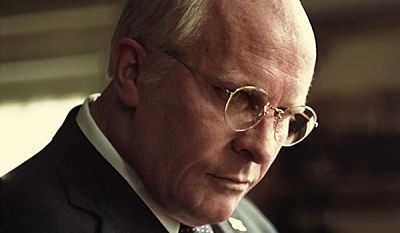 There’s never a doubt that “Vice” plays to one side of the political aisle. But in order to be fair to a film such as this (which many critics will have a hard time doing because of pre-existing political views), you simply have to react and respond to what’s on the screen. Is McKay’s two-hour presentation entertaining and dramatic, filled with great performances and impact? Here’s my vote:

“Vice” spans five decades, from Cheney’s humble beginnings with wife Lynne as a struggling, small-town Wyoming couple – through his term as V.P. to George W. Bush. There’s no question Christian Bale immerses himself into this role. Heck, the guy gained more than 40 pounds to get to Cheney’s weight. The look, the voice, the mannerisms. Bale nails it all. And Amy Adams is fine as Lynne Cheney. But McKay’s decision to make both one-dimensional characters really limits the range that the two actors can go in their portrayals.

Then there’s Steve Carell, who’s hit a bit of a rough patch in the casting department lately. And, once again, he just doesn’t seem like the right fit here, playing longtime Washington politico Donald Rumsfeld. Sam Rockwell, as Bush 43, is hardly a factor in this story (and his makeup is distractingly heavy). The casting of Tyler Perry as Colin Powell (I predicted he would go after more dramatic roles following his successful work in “Gone Girl”) is a pleasant surprise. 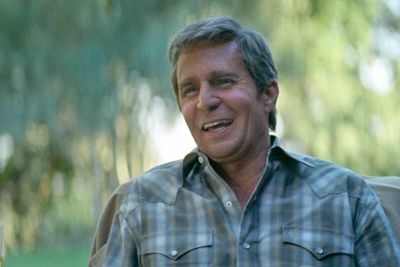 Like “The Big Short”, “Vice” moves at a fairly rapid pace. It jumps back and forth in time and features a narrator (on screen, speaking directly to us) whose identity isn’t revealed until the very end. Some of McKay’s satire works, but he often goes too far. You can get away with being over-the-top in a Will Ferrell comedy. It’s a lot tougher pulling that off in a political drama dealing with serious issues – unless your intent from the start is to not treat your subject seriously.

In the end, whether or not you agree with McKay’s conclusion that Dick Cheney is single-handedly responsible for everything that has been and continues to be wrong with the world, “Vice” is a disjointed movie that fails to rise above expectations.

On The Official LCJ Report Card, “Vice” gets a C.