2018’s “BlacKkKlansman” re-ignited Spike Lee’s career. It also earned him his first competitive Oscar (for co-writing the screenplay). There’s always a lot of on the line with the follow-up to a critically lauded film. Unfortunately, Lee’s newest (and first as director for Netflix) “Da 5 Bloods” isn’t nearly as focused or impactful.

The best thing about “Da 5 Bloods” is its timeliness. I expected to see clips from the on-going George Floyd “Black Lives Matter” protests in the final montage — the film’s message is that current. However, as well-intentioned Lee is in hammering that message home, he allows way too many other things to get in the way.

The story (Lee and “BK” co-writer Kevin Willmott re-worked the original script) is intriguing. Four African American Vietnam War vets travel back to the country five decades later to collect the remains of their fallen squad leader. Oh, and they also plan to retrieve millions of dollars in gold bars they buried there 50 years ago.

The vets (played by Delroy Lindo, Clarke Peters, Norm Lewis and Isaiah Whitlock, Jr.) all have their issues. But they’re determined to do the right thing — for their beloved friend Norman (played in flashbacks by Chadwick Boseman) and themselves. Needless to say, things don’t go as smoothly as planned. 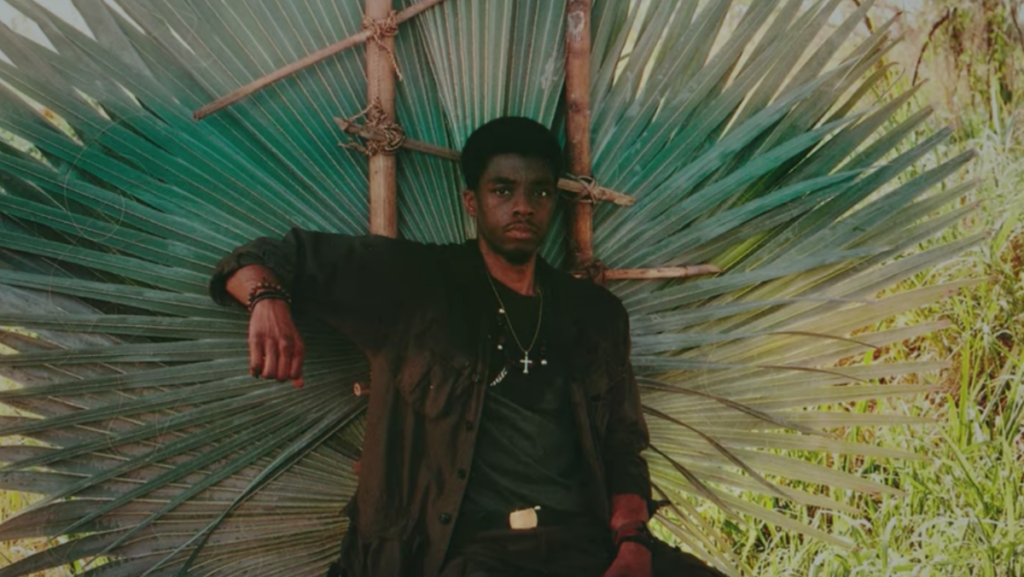 Lee makes some nice technical decisions, including adjusting the camera aspect ratio for the flashback scenes and having the older actors play the younger versions of themselves in those scenes. The device supports the feeling of brotherhood and the idea of the vets being haunted by (and formally confronting) their past.

But once the mission gets underway, “Da 5 Bloods” loses its way. There’s so much Lee wants to say. The problem is each theme is muddled by the others. Is this a story about friendship and redemption? The evils of greed? The importance of family (the son of one of the vets joins the four on the trip)? The racial inequality of Blacks during the Vietnam War (IMO the most powerful of the themes)? And there’s a strong anti-American (Trump) sentiment on display throughout the film.

There’s a raw portrayal of PTSD, homages to films from “Apocalypse Now” to “Treasure of the Sierra Madre”, and a cool, Marvin Gaye-dominated soundtrack. But “Da 5 Bloods” ultimately takes-on way too much to produce anything powerful in one area. Several scenes drag-on far too long. Others are way too predictable. Lindo gives one of the showiest performances of the year, but I’m not sure we’ll be talking about it come awards season.

Clearly, Lee wanted to make an epic, but that status shouldn’t be defined by the clock. An edit of at least 30 minutes would have helped tremendously.