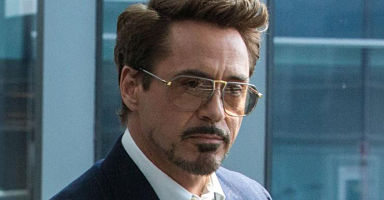 Two-time Oscar nominee Robert Downey, Jr. will receive a Special Achievement Award at the 2020 LCJ Movie Awards. Downey, Jr., who has appeared as Tony Stark in 10 Marvel Cinematic Universe films since 2008, will be recognized for his contributions as “Iron Man” in popular culture.

“Even though Disney – and Downey, Jr. himself – declined an awards season campaign, RDJ deserves an honor all to his own for his performances as one of the most important and influential cinematic characters of the decade,” LCJ Movie Awards President Lights Camera Jackson said in a statement.

In his review of this summer’s “Avengers: Endgame”, LCJ wrote, “Downey, Jr. gives his best performance since the original “Iron Man”. His snarky comments feel fresh again. His emotions (pain, anger, curiosity, joy) are palpable. And he brings it all home in a way only he can. Awards shows have infamously ignored some of the most iconic performances and characters in cinema, but it’s not too late for RDJ & Stark to finally have their moment in that spotlight.”

Since the first “Iron Man” was released in ’08, Downey, Jr. has also starred as Sherlock Holmes in a duo of blockbuster films, the comedies “Tropic Thunder” and “Due Date”, and dramas “The Soloist” and “The Judge”. He is next set to appear as “Dolittle” in Universal’s action/adventure, opening January 17th.

Downey, Jr. is the second person to receive a Special Achievement Award. The late Stan Lee, of powerhouse Marvel, was honored at the 2019 LCJ Movie Awards for his iconic cameos.

Nominations and ceremony dates for the 2020 LCJ Movie Awards will be announced soon. Lights Camera Jackson is expected to return as host.