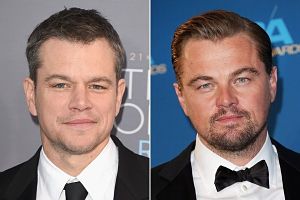 One of George Clooney’s two Academy Awards is for co-producing “Argo” – a film he didn’t star in, write or direct. And when that movie swept the Best Picture race in the 2012-13 season, he was up on stage to accept with partner Grant Heslov and director Ben Affleck. This year, more than ever, several big-time Hollywood actors and filmmakers have served as producers on some of the prime awards contenders – with no other involvement in the movie whatsoever.

MATT DAMON, “Manchester by the Sea” – Damon was originally set to star and direct the family drama. But once director Kenneth Lonergan was on board, Damon decided, due to scheduling conflicts and the dynamics of the role itself, that Casey Affleck was better for the part.

DARREN ARONOFSKY, “Jackie” – The director of star Natalie Portman’s “Black Swan” was originally supposed to helm this biopic on the former First Lady.

SHAWN LEVY, “Arrival” – Along with this alien invasion tale, the “Night at the Museum” and “Pink Panther” director has also been investing in Netflix recently, with episodes of “Unbreakable Kimmy Schmidt” and “Stranger Things” under his belt.