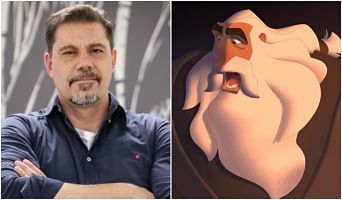 Longtime animator Sergio Pablos (“Hercules”, “Tarzan”) makes his directorial debut with passion project “Klaus”. It’s a new animated holiday film now in select theaters and on Netflix Nov. 15. Pablos shares his vision of this new spin on the Santa story – and how he originated the “Despicable Me” universe.

And so far in 2019, guests have included “How to Train Your Dragon: The Hidden World” director Dean DeBlois, filmmaker Steven Knight, writer Tom Junod and “The Art of Racing in the Rain” author Garth Stein.