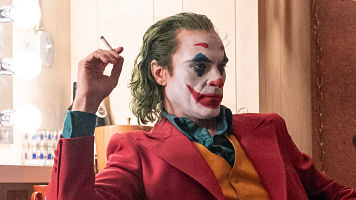 Why is this the shortest awards season ever? Because The Oscars is earlier than ever: Sunday February 9th. Between now and then, the entertainment industry will flood the market with awards show after awards show: the usual lot – all scrunched together because of a tighter schedule. So, take a deep breath – and mark these key dates on your 2019 & 2020 calendars:

Monday Dec. 9 – Golden Globe Awards Nominations: The first set of categories will be streamed online around 8amET, with the second set to follow shortly thereafter on NBC.

Wednesday Dec. 10 – SAG Awards Nominations: This is expected to once again be broadcast live on TBS and TNT. More info coming soon.

Sunday Jan. 5 – Golden Globe Awards: Ricky Gervais is back to host the ceremony for a fifth time. No one will be off limits, likely including special honorees Tom Hanks and Ellen DeGeneres.

Tuesday Jan. 7 – BAFTA Nominations: If you’re a fan of the British version of the Oscars, you better wake up early. These noms are expected to be announced in the early part of the morning (ET).

Monday Jan. 13 – Oscar Nominations: First thing the next morning will be the Academy Awards nominations live on ABC. No word yet on how the announcement will be structured this time.

Saturday Jan. 25 – Annie Awards: Livestream on the website is expected to begin at 10pmET.

Sunday Feb. 2 – BAFTA Awards: It will be taking place in the U.K. a few hours before the Super Bowl will start in the U.S. BBC America will broadcast the ceremony on tape-delay during the Big Game.

Saturday Feb. 8 – Independent Spirit Awards: It’s a tradition for this show to be held the day before the Oscars, so it too is earlier than ever.

So – where does the LCJ Movie Awards fall into the calendar? Stay Tuned!