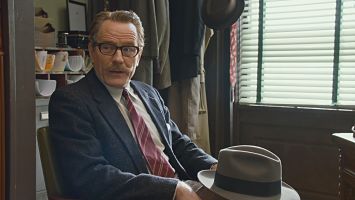 Bryan Cranston has won multiple awards and universal acclaim for his work on TV’s “Breaking Bad” and “Malcolm in the Middle”. But with the release of “The Upside”, I look at his big screen highlights:

SAL NEALON, “LAST FLAG FLYING” (2017)
In a performance that deserved him an Oscar nomination, Cranston shows an incredible range of emotions in a single, evolving character. Richard Linklater’s follow-up to “Boyhood” deserved a much wider release from Amazon Studios, largely because of Cranston and a scene-stealing Cicely Tyson.

DALTON TRUMBO, “TRUMBO” (2015)
In a performance that earned him an Oscar nomination, Cranston brought tenacity and flare to the Blacklisted screenwriter. The showcase scene (appropriately shown during that year’s Oscars) saw a frustrated Trumbo in the bathtub yelling at his daughter (Elle Fanning).

ROBERT MAZUR, “THE INFILTRATOR” (2016)
It’s one of the most overlooked crime dramas of the decade – and a fascinating story. But the pinnacle moment for Cranston is a scene at a restaurant involving a cake. 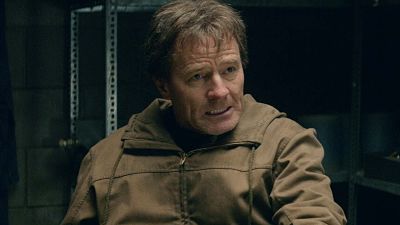 JOE BRODY, “GODZILLA” (2014)
Cranston only appears in the front half of the blockbuster action film, but his work is memorable and surprisingly powerful.

VOICE WORK
Cranston has lent his voice to a trio of animated movies in recent years, including two for DreamWorks. He went toe-to-toe with Ben Stiller’s Alex the Lion as Vitaly in “Madagascar 3: Europe’s Most Wanted” (2012). And he infused plenty of warmth and heart into the role of Po’s father in “Kung Fu Panda 3” (2016). Most recently, Cranston embodied Chief in Wes Anderson’s “Isle of Dogs” – and may take home an Annie award for his voice performance on February 2nd.

I’ve had the chance to meet “the man of the blog” on two occasions – a few days apart in 2016. The first was at the junket for “Panda”, when he surprised me by walking out from behind a display poster of the movie as I was posing for a picture. And then I saw him at the Critics Choice Awards that Sunday night. Classy guy.