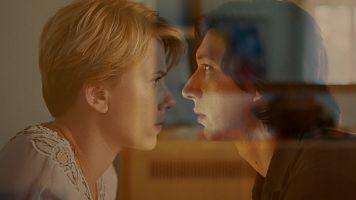 We’re officially through Awards Season Nominations Part 1! The triple-header of Critics Choice Association, Hollywood Foreign Press Association and Screen Actors Guild all have announced their nominees. So far, opening odds for the Golden Globes have been released, but I have not seen odds for the other two awards shows. Here’s a look at where the contenders stand in the four major acting races. (Each actor receives 1-point per nomination she/he has received):

Willem Dafoe – “The Lighthouse”
Score: 1
Dafoe only earned a Critics Choice nomination and may already be out of the Oscar race based on his stiff competition.

Jamie Foxx – “Just Mercy”
Score: 1
After missing out on CC and GG, Foxx was one of the big SAG surprise nominees, keeping his Oscar chances alive.

Tom Hanks – “A Beautiful Day in the Neighborhood”
Score: 3 + .5 BONUS
Hanks’ performance as Fred Rogers makes him an early favorite in the category. He’s also going to be receiving the prestigious Cecil B. DeMille Award at the Golden Globes

Anthony Hopkins – “The Two Popes”
Score: 2
Hopkins is on the Critics Choice and Golden Globe ballots, but he missed out on SAG, which completely snubbed the movie.

Al Pacino – “The Irishman”
Score: 3
He’s shaping-up to be an Oscar nominee lock, along with…

Brad Pitt – “Once Upon a Time in Hollywood”
Score: 3
Many do believe Pitt could finally win his first acting Academy Award for his performance in Quentin Tarantino’s epic.

Kathy Bates – “Richard Jewell”
Score: 1
The Golden Globes have given Clint Eastwood’s latest film its only major love so far with this nomination for Bates. As more people see the movie, her Oscar chances could grow.

Annette Bening – “The Report”
Score: 1
GG also showed support for this Amazon drama. Bening, a 4-time Oscar nominee, is a solid contender for a 5th.

Laura Dern – “Marriage Story”
Score: 3
Dern is one of the favorites in this category for every awards competition.

Scarlett Johansson – “Jojo Rabbit”
Score: 2
Johansson’s performance in this film has her in CC and SAG contention. Another performance is giving her even a greater chance of winning (more on that later).

Nicole Kidman – “Bombshell”
Score: 1
She and Foxx were the SAG surprises.

Jennifer Lopez – “Hustlers”
Score: 3
I’ve got a feeling that she could pull-off some victories.

Florence Pugh – “Little Women”
Score: 1
She was a nominee out of the gate with Critics Choice but failed to land on GG and SAG lists.

Margot Robbie – “Bombshell”
Score: 3
Robbie’s work in “Once Upon” is also highlighted amongst the SAG Acting Ensemble category.

Zhao Shuzhen – “The Farewell”
Score: 1
An early favorite with CC voters, missing out on GG and SAG hurts her Oscar nom chances.

Christian Bale – “Ford v. Ferrari”
Score: 2
Fox put both Bale and co-star Matt Damon in the competitive Best Actor category (instead of one in lead and one in supporting). That strategy has actually paid off… for Bale.

Antonio Banderas – “Pain and Glory”
Score: 2
Banderas is up for the Critics Choice and Golden Globe awards. I’m not surprised the more commercial SAG didn’t recognize this performance in a smaller film (Academy voters very well could).

Daniel Craig – “Knives Out”
Score: 1
Glad to see he’s up for the Actor in a Comedy Golden Globe Award. But not having “Knives Out” on the SAG Ensemble list completely takes away his Oscar chances.

Roman Griffin Davis – “Jojo Rabbit”
Score: 1 +.5 BONUS
The young star of Taika Waititi’s dramedy is up for the Best Actor in a Comedy Golden Globe and will probably win the Best Young Actor/Actress Critics Choice Award.

Robert De Niro – “The Irishman”
Score: 1 + .5 BONUS
As expected, De Niro was first announced as a Critics Choice nominee. But he then became one of the big snubs of the Golden Globes and THEN was left off the SAG List. Still, he’s receiving SAG’s Lifetime Achievement Award. He’s still in Oscar nominee contention.

Leonardo DiCaprio – “Once Upon a Time in Hollywood”
Score: 3
DiCaprio’s first performance since “The Revenant” (for which he swept the category that awards season) has given him plenty of traction so far.

Adam Driver – “Marriage Story”
Score: 3
He’s one of the favorites for this Netflix drama.

Taron Egerton – “Rocketman”
Score: 2
The actor’s performance as Elton John (in a film that opened in May) continues to be on the minds of GG and SAG voters.

Eddie Murphy – “Dolemite Is My Name”
Score: 2
Murphy is a CC nominee and could very well win the Actor in a Comedy or Musical Golden Globe. But I don’t believe not being a SAG nominee will hurt his Oscar nominee chances.

Jonathan Pryce – “The Two Popes”
Score: 1
Pryce was passed-over by CC, but scored with GG congregation, before missing-out with SAG voters.

Adam Sandler – “Uncut Gems”
Score: 1
CC is hot for Sandler and his film, also putting it in the Best Picture and Director categories. But the Globes and SAG completely ignored it.

Ana de Armas – “Knives Out”
Score: 1
Same story as with Craig: glad she’s up for the Globe but no SAG recognition takes her out of the Academy Awards field.

Awkwafina – “The Farewell”
Score: 2
It’s a Hello for her at the Critics Choice and Golden Globe Awards.

Cate Blanchett – “Where’d You Go, Bernadette”
Score: 1
After seeing this in August, I had a feeling she’d be on the Golden Globes Comedy list.

Cynthia Erivo – “Harriet”
Score: 3
A clean sweep of Round 1 puts her in great position with the Academy. If she wins an Oscar for Best Actress or Best Original Song, she’ll be the latest EGOT recipient.

Lupita Nyong’o – “Us”
Score: 2
Another performance from early in 2019 (March) that’s still fresh in the minds of Critics Choice and SAG voters.

Saoirse Ronan – “Little Women”
Score: 2
Ronan is an Academy darling. Being left off SAG’s list shouldn’t eliminate her as an Oscar nominee once again.

Part 2 of Nominations Season begins with the BAFTAs on Jan. 7. The Oscar nominations will be announced on Jan. 13.