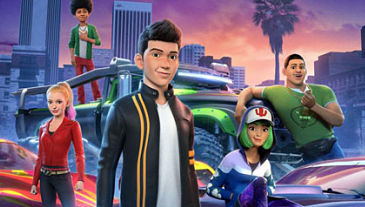 I interview Tim Hedrick and Bret Haaland, the executive producers of ‘Fast & Furious: Spy Racers’. The new family friendly animated series set in the world of the blockbuster franchise is now streaming on Netflix.