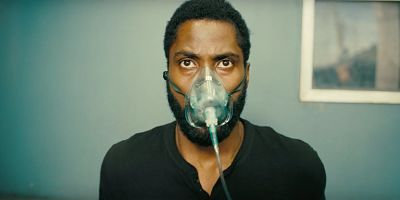 Here are the 2020 theatrical releases we could be talking about this time next year during the NEXT awards season:

“A QUIET PLACE: PART II” – Emily Blunt won the Supporting Actress SAG Awards installment of the first film (which opened in April 2018). What about this time? March 19

“NO TIME TO DIE” – “Skyfall” was nearly a Best Picture nominee. Will Daniel Craig’s (possibly) final installment as Bond deliver the goods? April 10

“THE MANY SAINTS OF NEWARK” – “The Sopranos” connections will intrigue many. September 25

“RAYA AND THE LAST DRAGON” – Disney Animation Studios has a new movie in 2020, too. November 25

“KING RICHARD” – Not a historical drama, but rather a look at Venus & Serena Williams’ dad, played by Will Smith. November 25

“WEST SIDE STORY” – Steven Spielberg showcases his version of the classic musical. December 18

“THE CROODS 2” – The first film from DreamWorks was nominated for the Best Animated Feature Oscar. December 23

“NEWS OF THE WORLD” – Another Tom Hanks drama. December 25

“THE LAST DUEL” – This is a historical drama, from director Ridley Scott. December 25 (Limited)