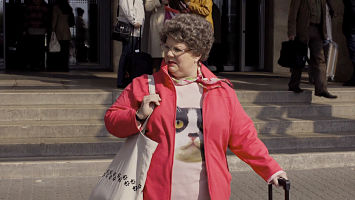 Action movies “Avengers: Age of Ultron”, “Jurassic World”, “Terminator: Genisys”, “Ant-Man”, “Mission: Impossible – Rogue Nation” and “Fantastic Four” will likely dominate the Summer 2015 Box Office. However, surprisingly, there are just as many comedies lined-up between May and August that will be looking to attract audiences of all ages.

It’s an especially good time for female-led funny films, or ones specifically targeted to women. In May, Reese Witherspoon and Sofia Vergara star in the road trip adventure “Hot Pursuit”, and Anna Kendrick and Rebel Wilson return for “Pitch Perfect 2”. And ladies, Bradley Cooper is back on the big screen, along with Emma Stone and Rachel McAdams, in the all-star romance “Aloha”.

Melissa McCarthy’s latest with “Bridesmaids” and “The Heat” director Paul Feig is “Spy”, opening June 5. Early reviews have called this McCarthy’s best film yet. “Magic Mike XXL” will certainly bring-in the female crowd over 4th of July weekend. “Trainwreck”, the first film directed by Judd Apatow since 2012’s “This is 40”, will effort to make comedian Amy Schumer a household name.

And, as an aging rock star, Meryl Streep’s “Ricki and the Flash” is easily one of the most anticipated in the genre. Set for release six years to day after “Julie & Julia” (Aug. 7), “Ricki” could earn Streep her 20th Oscar nomination. With “Silence of the Lambs” director Jonathan Demme and “Juno” writer Diablo Cody behind it, this is destined to be a winner.

But I predict the three most successful summer 2015 comedies (in order) will be “Minions” (the animated prequel to “Despicable Me”), “Ted 2” (the sequel to 2012’s smash hit about that potty-mouthed teddy bear), and Disney/Pixar’s “Inside Out” – about a young girl and all the different emotions, represented as quirky characters, inside her head.

Let’s hope we get as many laughs as action thrills over the next four months.