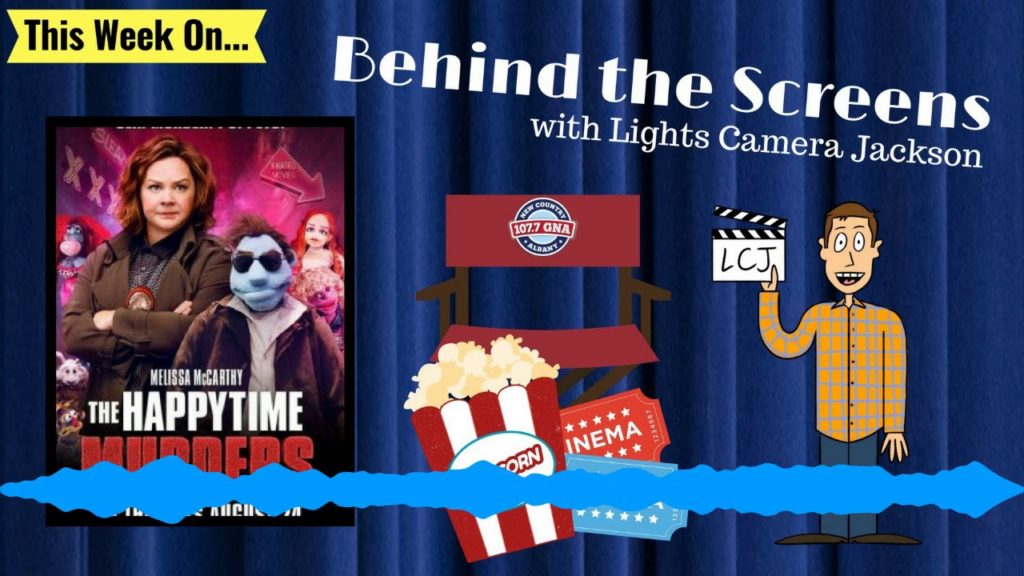 Lights Camera Jackson can be heard LIVE every Friday morning at 7:10am on 107.7 WGNA-FM. WGNA, “#1 for New Country”, is the top radio station in the Albany, NY market. Jackson joins hosts Brian Cody, Chrissy Cavotta and Jess Sims to review the latest movies and talk about the latest entertainment news. Jackson has been with this team since October 2013. From Oct. ’13 – March 2017, Brian, Chrissy and Jess hosted the morning show on WFLY-FM.

Brian Cody was born and raised in the Capital Region and currently lives in Albany. He’s the co-host of the GNA Morning Rush with Brian and Chrissy. When he’s not watching sports, eating fro-yo, playing poker, or trying to get in a quick nap, he’s hanging out with Brody; his ridiculously talented and handsome son. “Radio is my passion and I’m living out my dream! Every day we get the chance to change someone’s mood, perhaps their perspective, and hopefully make them laugh! What’s better than that?” (WGNA.com)

Chrissy Cavotta was born and raised in Mechanicville, NY and has worked in radio for nearly 24 years. She lived and worked on Long Island, NY, West Palm Beach, FL, Buffalo, NY and Portland, ME. She currently resides in Cohoes with her girlfriend Jenn, her amazing 6 year old son Ryan and their dog Freddie. She loves living in the capital region and being close to her family and high school friends. Chrissy is excited to be part of the powerhouse that is WGNA and looks forward to waking you up each morning. (WGNA.com)

Jess Sims is the Producer of the GNA Morning Show, midday personality & on-air Saturdays 10:00AM-3:00PM. She has lived in Schenectady her whole life (Except those 4 years at NYU where she majored in Spanish & Media). She got her start in promotions until joining Brian & Chrissy in the morning. She love running, hot yoga, cooking, singing, writing her local blog & playing with her dog Lucy. (WGNA.com)